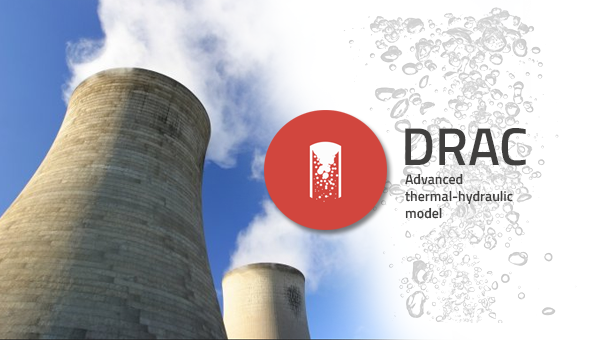 DRAC has been successfully implemented and used in numerous simulators developed by CORYS. It is validated against best estimate safety analysis codes including RELAP 5 and CATHARE. DRAC was also chosen as the reference thermal hydraulic code in the severe accident code ASTEC, jointly developed by IRSN (France) and GRS (Germany).

The use of DRAC for containment model has also been validated against reference calculations based on PAREO (point model containment code for P&T calculations developed and qualified by EDF).