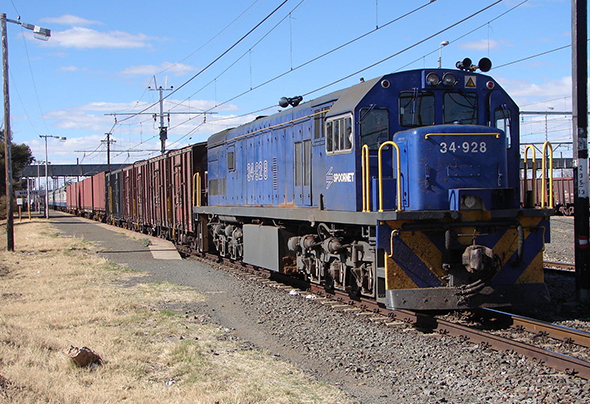 Does your training simulator need a simplified train model, or a highly accurate one? This kind of question comes up with each new project. To address it, CORYS’ modelling specialists look at two key criteria: the training goals, and the faults to be reproduced.

If an operator wants to use simulation for route learning, most of the trainees’ work will be devoted to familiarisation with the route, along with the topology of the lines, signalling, and proper application of procedures. A simplified train model with a console featuring basic controls relating to traction and braking will be sufficient for this type of need.

Getting to know the train first, before going into more detail

Things will be different for freight drivers needing to learn how to drive trains comprising several hundred wagons. Opportunities to practise in real-life conditions tend to be rare and expensive. Acceleration, the propagation of braking forces, stress distribution on couplings, speeds on curves, brake heating, power use, and so on, will all be studied using a simulator.

“We use a twofold approach involving both technical and training expertise,” says Jérôme Gavet, CORYS project manager for South Africa. “We study locomotives and their systems well upstream, and more especially in real-life circumstances, to understand how they actually work. We also meet trainers to clarify their objectives, as well as to list faults and establish which procedures can be replicated on the simulator. Only then do we start the development work.”

High-definition and fuzzy areas – in the same model

Here too, there is no simple solution. Even on a highly sophisticated train model, the degree of detail is not uniform. The console controls that the driver will be using each time they operate the locomotive are exact replicas, as are the circuit breakers, valves, and hatches they have to inspect in the event of a fault. However, there is no need to replicate things drivers will never touch, such as heating, air conditioning, software reserved for maintenance staff, and so on.

The train model that emerges as a result is similar to a photo in which some areas are in sharp focus, others are blurred, and others still are completely invisible. And on even closer examination, even the high-definition features may not be all they appear.

“For instance, a model may replicate braking forces, brake heating and longer stopping distances accurately,” explains Marcel Richard, one of CORYS modellers. “But there’s no point in reproducing the physical phenomena of heating or loss of braking effectiveness.” In other words, the model seen by drivers may conceal a great many underlying simplifications where appropriate.

The art of striking the right balance

Another way of carrying out intelligent simplification is to take educational shortcuts. Drivers facing the issue of a pantograph failing to rise do not need to view the scene if they are not expected to intervene. If they are driving a freight train and take a curve too fast, there is no need to display a series of tanker wagons derailing: drivers simply need to know they have passed the point of non-return.

Conversely, some parts of the train deserve to be treated with particular accuracy. Consider once more the example of a 300-wagon freight train. If it is driven by a rather feisty operator on an undulating line, each of the 300 couplings is in danger of breaking.

Consequently, detailed modelling of this aspect is a must – all the more so in that the couplings include the compressed air circuit, and that braking can take twenty seconds or more to reach the last wagon. Not only that, a leak or a broken coupling can cause a fall in brake pressure for the entire train, but in a way that varies depending on where the defect is located.

Once again, a high degree of accuracy is essential. Train modelling is, in fact, the art of striking the right balance.

The impact of faults on the model

Computer programming skills and a software workshop capable of modelling a full train are of course required.

But modellers are above all experts in both training and railways, capable of engaging with experienced drivers and instructors, analysing a list of faults, suggesting new ones in the light of their experience and foreseeing their impact on the model, or even on the graphical display of the components of the virtual train: “If I have to portray a control panel located close to the wheels, should I show it clean and as new so that the student is not confused, or should I show it covered in dust as it would be in real life?”

In recent years, the advent of electronic Driver Display Unit (DDU) systems has given modellers a fresh challenge. The internal logic of these modules, which house vital train functions such as acceleration, braking, setpoints, safety systems and so on, is often a ‘black box’ with nowhere near enough documentation for either the operator or the train manufacturer; the latter buys such units directly from OEMs.

Modellers have to start with the various input and output signals and engage in a kind of reverse engineering, aided (fortunately) by their rail expertise: if a given input value results in a given output value, what has happened in between? This is an arduous exercise – but so far, the modellers have always pulled it off.