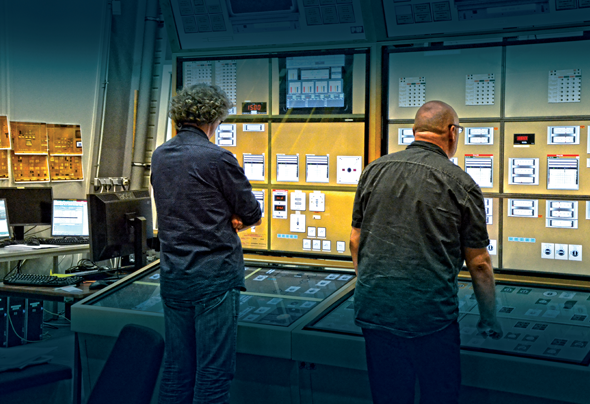 In a world first, EDF will be equipping its 900 MW and 1300 MW sites with fullscale simulators equipped with fully digital control rooms, to be used for operator training. These high-fidelity copies of the control room will significantly reduce the cost of simulators.

Philippe Clous,
Head of the Skills programme at the Nuclear Production Division - EDF

Why is EDF ready to take the risk of a technological revolution?

How do you go about overcoming in-house reluctance?

Can a digital panel really look like a hard panel?

Will it be possible to assess operators using a digital control room?

How much will a digital control room cost?

Why is EDF ready to take the risk of a technological revolution?

EDF has chosen to switch to the Digital Control Room (DCR) solution for two reasons. The first is the acceleration and multiplication of changes to units for all types of reactor: it is becoming increasingly difficult to have a simulator which is close to reality within a timeframe that complies with EDF’s requirements.

The second reason is the advent of large-scale changes to 1300 MW reactors. The third ten-year inspection will result in in-depth changes to Instrumentation & Control, manual command switches, control, and so on. To be ready for this, operators will have to be trained ahead of time.

“Reviewing our simulator strategy has enabled us to establish that we need customisable and reconfigurable tools,” explains Philippe Clous, Head of the Skills programme at the Nuclear Production Division. The DCR meets these goals far better than a traditional simulator does, even if there’s a risk involved for us in adopting a new technology.”

How do you go about overcoming in-house reluctance?

In a stringent environment such as the nuclear industry, which is highly focused on safety and security, a high degree of reluctance can be expected.

A User Working Group (UWG) with twenty or so members was formed. This comprised operators, instructors, maintenance staff and human factor specialists as well as CORYS and Euriware specialists.

“The UWG played a decisive part in overcoming certain difficulties,” agrees Philippe Bodin, DCR project coordinator at the Nuclear Production Division. “In addition, its members quickly became ambassadors for the technology – including those who had originally been opposed to it.”

Can a digital panel really look like a hard panel?

This was a key question for the project. The UWG paid a great deal of attention to this issue. For instance, it required 27” rather than 55” touch screens, because the pixel size on the 55” screen caused errors when reading the values on the recorders.

The group was also very attentive to sounds: the control buttons had to “sound right”. In other cases, it favoured reliability in instances where staying extremely close to reality became impossible.

“I remember a period when we were completely discouraged after hours of fruitless work on operating a lit push-and-turn switch, recalls Philippe Bodin. Our first idea was technically unworkable; in the end, the group came up with a simple solution of its own. The movements chosen satisfied everybody. They are slightly different from real life, but were deemed to be sufficiently representative and above all reliable.” 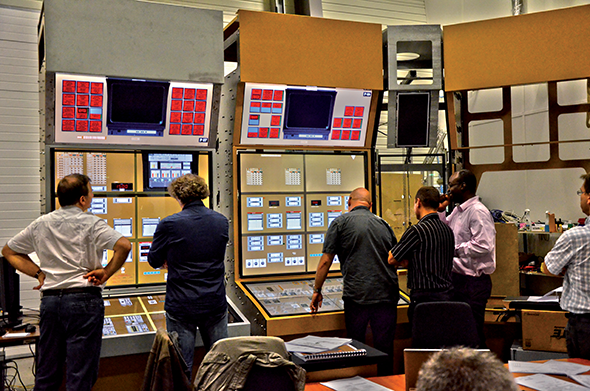 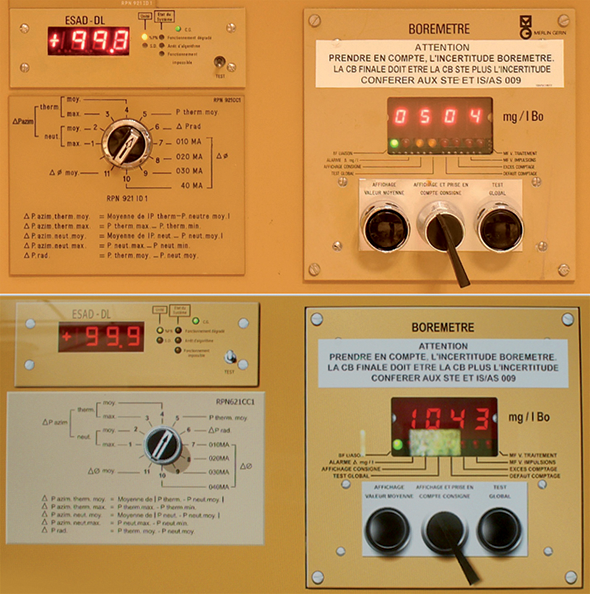 Each of these differences from the actual movement – an element in the control panels, how dynamic processes proceed, and so on – was duly validated. “When it was not possible to be totally accurate, our priority aim was to have a wholly effective movement and then get as close as possible to representativeness.”

Will it be possible to assess operators using a digital control room?

Operator assessment on simulators has been in force since the 1980s in the United States. In France, it became the norm about ten years ago, following pressure from international audits and the nuclear industry in general. “For our teams, this practice is a still a source of some concern,” explains Philippe Clous.

What is more, the advent of DCRs could complicate the procedure. Could there be a risk of operators being confused by this new solution? If their assessment results don’t meet expectations, might they not blame the simulator or their instructor for not explaining how to use it properly?

Philippe Clous is well aware of the difficulties. “Right from the design phase, we’ve integrated everything that could make the assessment procedure easier: representativeness, reliability, ease of observation, and so on.Now we need to work on organisation: for example by putting together Man Machine Interface familiarisation sequences to give the operators time to get used to the simulator, using additional tutorials geared to the imaging to help them become familiar with certain actuators, and things of that nature.”

How much will a digital control room cost?

“The initial financial investment is much lower; the lower cost of maintenance and obsolescence needs to be taken into account too,” says Philippe Bodin. “Furthermore, the manufacturing and provision time is much shorter.”

The reason for this considerable difference is that the price of digital components is tending to fall, whereas that of ‘hard’ components is increasing as they become rarer.

The example of the simulators at Bugey, Dampierre and Gravelines – three 900 MW power plants – is typical. They were built in the 1980s and have already been upgraded.

But to fully replace certain relays or push buttons that are no longer manufactured, nowadays it would be necessary to find a company prepared to produce them, and start design works from scratch again.

On the other hand the use of digital technology opens up a wide variety of possibilities. A touchscreen image can simply be replaced by another one to alter the appearance of a panel, or even the entire panel. Another added bonus is faster upgrades, and smaller differences between the simulator and the actual unit.