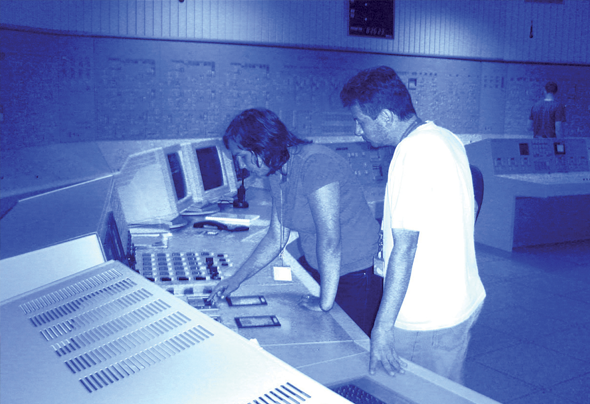 With a contract worth several million euros, joint work by CORYS and its US subsidiary CORYS Thunder (CTI), and a “convergent technology” approach – making future use much easier – the renovation work on the two VVER440 simulators in Slovakia (Mochovce and Bohunice) is a major project.

CORYS had never renovated a VVER440 power plant simulator before. For several months now, it has been working on such a project, and one that is unusual in more ways than one.

It is a full overhaul; there are not one but two simulators; one was built by CORYS and the other one by an american competitor; and the team responsible for the project is Franco-American, with CORYS’ French and US experts. 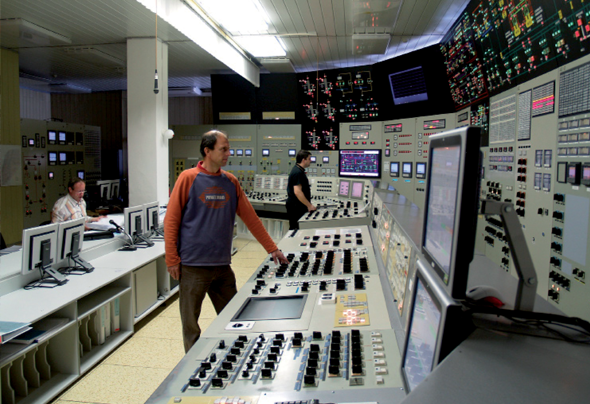 The benefits of reducing the differences between the simulators

The two teams have opted for a convergent technology approach to make it easier to use and maintain the simulators in the future.

As things stand, the two simulators have little in common: they were designed by two different firms, use different workstations, use a different neutronic model, a different instructor console, different graphics interfaces, and so on.

Catherine Coutelou, who is heading up the project, explains the reasoning behind the work to get rid of as many differences as possible:

“Both power plants are VVER440s. They are run by he same operators, are located no more than 100 km apart and can exchange operators and instructors. Maintenance teams will no longer have to work on more than one type of PC; instructors moving from one power station to the other will immediately feel at home, engineers will also find it easier to switch between the models, and so on.”

Slovenske Elektrane has seen the benefits of this approach in financial terms, too: CORYS’ offer – chosen following an electronic bidding process – was the most attractive. 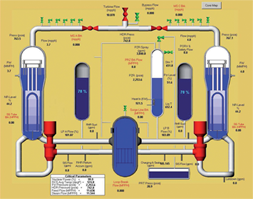 The thermohydraulic model demonstrates the benefits of this approach.

Rather than create two models from scratch, the Franco-American project team is going to develop a baseline model for Mochovce and then adapt this for Bohunice, taking into account the differences in the thermohydraulic circuits and naming rules between the two power stations.

Interconnection and stabilisation of the sub-assemblies – the most delicate stage of the development – will be much simpler as a result.

“Interconnection and stabilisation of the sub-assemblies is by far the trickiest aspect of model design,” notes Catherine Coutelou. “Once we have done this for the baseline model, it will be much easier to do so on the altered version.”

In addition, it will be easier to comply with the degrees of accuracy required by standards: margins of error of just 1% between the simulated transient states and reference values for the main variables.

This two-version model will be based on CTI’s THOR code, THOR will itself be integrated into the ALICES development workshop.

Slovenske Elektrane has much to gain from the project: the Slovakian job once again demonstrates the benefit of renovation work in terms of features.

Advances in technology mean the reactor core is now shown in 3D, enabling more accurate simulation of the neutron flux, in which both the vertical and radial profiles can be displayed.

The model also incorporates the use of a new type of fuel in both power stations, ultimately enabling them to have an output of 500 mW.

As to thermohydraulics, the secondary circuit will be modelled with the same degree of accuracy as the primary circuit. This will make it possible to observe phenomena such as boiling in the water supply circuit when transient states occur during incidents or accidents.

Lastly, the two simulators will include engineering activity, without the slightest disturbance for instructors and operators in training, thanks to the addition of 10 PCs (six in Mochovce and four in Bohunice), hosting the model of the power station.

These PCs will have a variety of uses: preparing annual alteration campaigns, studying new operating procedures, validating works on the electrical or control-command sections, and so on.