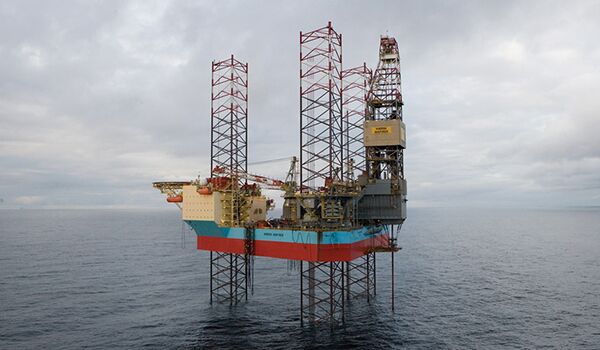 Norway: a reused oil rig and a renovated simulator

When a drilling and production platform is renovated and moved to a new site, what happens to its Operator Training Simulators (OTS) In the case of Inspirer, which is being moved from Norway’s Volve oil field to Yme, 200 km away, the OTS comes too!

The Inspirer platform, used for both drilling and production, was originally installed in the Volve oil field, 200 km west of Stavanger, where it was due to be operated for three to five years. In the end operations lasted eight years – with a total output of 63 million barrels.

Operations finally came to an end in September 2016 – but that wasn’t the end of Inspirer’s career. Maersk, its owner, decided to move it 200 km further south to the Norway’s Yme oil field, which has an estimated potential of 65 million barrels.

Renovating the Operator Training Simulators rather than developing a new one

The platform was brought to shore to be renovated and adapted to its new use: Yme crude is different from that at Volve and production rates are higher. However, the structure of the installation remains unchanged, making it possible to keep the OTS rather than starting all over again from scratch.

CORYS, who produced the process model for the 2008 OTS version, was tasked with the renovation. Its direct client is ABB, the instrumentation and control supplier for this highly automated platform.

“Through until August 2019, we worked on altering the model and migrating it to INDISS PLUS®,” says Guillaume Jalby from CORYS.

A faster and more robust simulator

The simulator is now 64-bit, making it faster and more robust. Several companies contributed to acceptance: operators Maersk Drilling, Aker Solutions, the firm renovating the platform, ABB, and of course Repsol, the operator of the installation.

The second stage will relate to integration with instrumentation and control ABB 800xA Simulator, with final delivery due mid-2020.

CORYS scenarios for slugging and export

CORYS is also supplying two training scenarios. The first concerns the phenomenon of “slugging”: the sudden release of a pocket of gas or liquid from a well. This triggers major disturbances in pressure and levels in the separation stages, and can result in an emergency shutdown despite I&C measures. Everything is down to the operators’ responsiveness and professionalism.

“The aim is to train them for different action strategies, depending on the type of slug,” explains Guillaume Jalby.

The second scenario is more predictable: crude oil removal, for which a tanker regularly comes to recover the crude from a tank located on the sea bed. Here, the challenge is to manage the vessel’s approach, its connection/disconnection to and from the platform, pumping operations, and the tanker’s departure.

Of course, our client will be able to create and add their own scenarios, too, for instance to reproduce typical breakdowns.”

It’s worth noting that the instructor viewer console can configure a large number of parameters. It can introduce malfunctions and breakdowns, alter operating conditions such as cooling water temperature, crude oil composition, pressures, rates, and more. The aim is to teach operators what to do in abnormal conditions, when circumstances require them to take over from the control system.